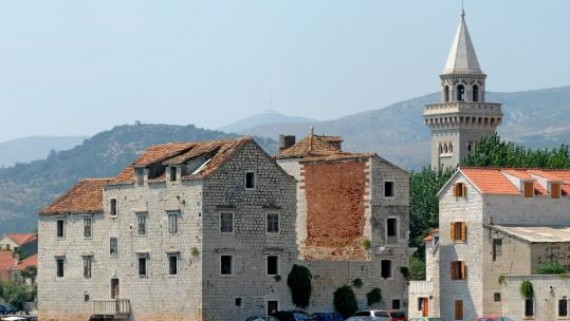 Kaštela are picturesque little towns of the central Dalmatia, between Split and Trogir. Under the name Kaštela seven interconnected little towns are hidden lined up along the shore of the Kaštela Bay.

They are by name: Štafilić, Novi, Stari, Lukšić, Kambelovac, Gomilica and Sućurac. The history of Kaštela goes back all the way to the Neanderthals (remains found in the Mujina Cave), later they thrive economically and as a civilization under the authority of Greece and Rome, next came the Croats, then the Venetian authority, and so on to the present day.

The witnesses to this envious history are the remains of ancient villa’s, Early Croatian Churches, castles. One of the most beautiful promenades stretches between Kaštel Gomilica and Kaštel Lukšić. 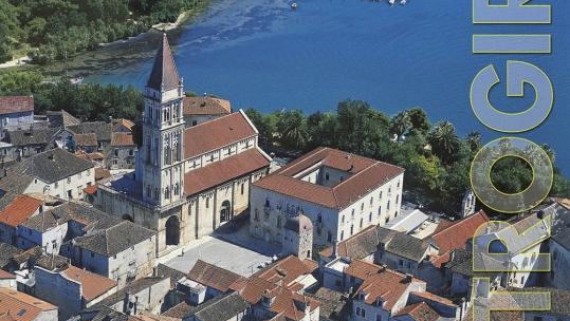 Trogir is situated in Central Dalmatia, along the Adriatic coast. The nearness to the Split Airport (5 kilometres) and a fast connection to the motorway (only 15 kilometres) make Trogir with its surrounding ports and islands an inevitable stop during your visit to Dalmatia.

Its naturally protected harbour has become very popular among the yachtsmen from all over the world. There are numerous sights which can be visited within the distance of only hundred kilometres from Trogir, e.g. the towns of Dubrovnik, Šibenik and Zadar, as well as some of the Croatia’s most beautiful national parks.

Trogir was founded by the Greek colonists in the 3rd century BC. Throughout the history it was occupied by the Romans, the Byzantines, the Hungarians, the Venetians and Napoleon. Culture, humanism and architecture flourished here in the Middle Ages; bulwarks and a tower which were built at that time within the ancient town nucleus defined its outlines. Trogir is today on the UNESCO list of World Cultural Heritage as the best preserved Romanesque-Gothic town in Central Europe. 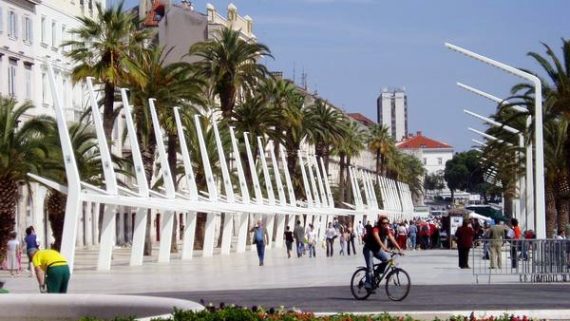 Split is a Mediterranean city, situated on the Marjan peninsula at the centre of the eastern Adriatic coast. Because of its favourable geographical position, Split has a typical Mediterranean climate, with long, dry, warm summers and short, mild, rainy winters (yearly average of 900 mm of rain). The average summer air temperature in Split is 26°C (79°F), with 12 hours of direct sunlight (year-round average of 7 hours).

Split is the cultural and political centre of Dalmatia (a historical region, once much larger, now stretching from the city of Karlobag further north along the coast to the Cape Prevlaka near Dubrovnik), and is the official seat of the Split–Dalmatia County. Approximately 180 000 people live in Split, making it the second-largest city in Croatia. 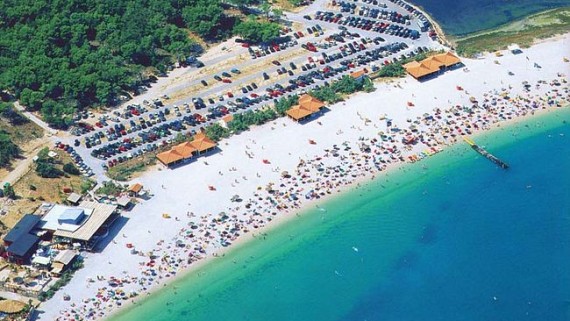 Novalja is a tourist center of the island, a famous resort and a destination of many tourist, and as such it offers possibilities of an active and interesting vacation.

Day trips by boat to the islands of Rab, Silba and Olib, visits to the city of Zadar and to national parks of Kornati, Krka, Plitvice Lakes and North Velebit.

The specific Mediterranean atmosphere of Novalja and of the whole island, especially in the pre-season offers the visitors more comfort than mere physical relaxation and as such it has a pure calming effect to all the senses irritated by the modern fast-paced life, this is a place where only the important really matters – the nature. 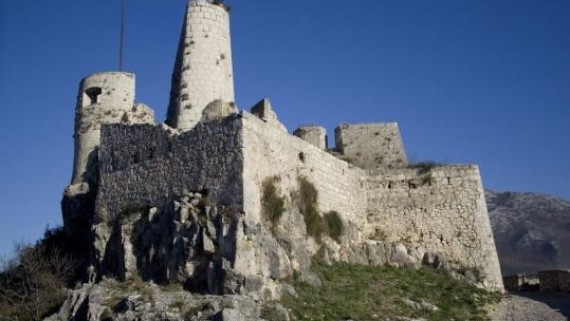 The hill of Klis is a connection between the Mount Mosor to the east and Kozjak to the west. Over history it has been a target for many nations, from the Illyrians and the Venetians to the Ottomans who considered it the port of Dalmatia, an open path towards old Salona and Split.

At the peak of this hill a village was built which the Ottomans later fortified. The well known Klis fortress is not only a symbol of the village but also of the resistance of united Dalmatians in their fight against the Ottomans. Today too Klis represents a link between the sea and Zagora as both the old and the new roads leading towards the Croatian hinterland pass through here.

The Fortress of Klis is situated some 15 km away form Split. 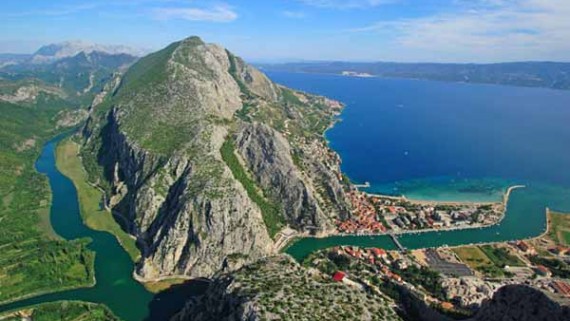 Omiš is a picturesque town with real Mediterranean atmosphere on the estuary of the river Cetina. It is town of Dalmatian Music Bands Festival (klapa) , a town governed by the Omiš Pirates for more than two centuries (from 1221-1444) and a town in the vicinity of which the ancient Republic of Poljica was developed – first of the kind in Europe.

Omiš is situated in the heart of Dalmatia, between the tourist centres Split and Makarska. Upon its wild and interasting history since Roman times and medieval unassailable fortress of the Omiš Pirats, it has become a tourist centre of the extremely beautiful Riviera. 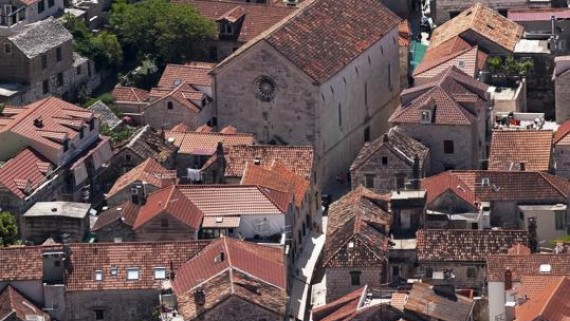 Šibenik is the main town of the Šibenik – Knin County, about 85km from Split, located in the central part of the Croatian Adriatic shore, in a picturesque, indented bay, at the place where the River Krka flows into the Adriatic Sea.

It is also the oldest town founded by Croatians on the Adriatic. The most famous sight in the town is the Cathedral of St. James, as the most important architectural accomplishment of the 15th and 16th century in Croatia.

Due to its extraordinary value the Cathedral has been added to the UNESCO World Heritage List. 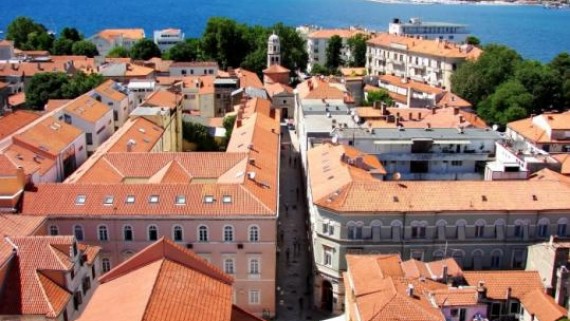 City of Zadar is about 168 km from Split, the centre of the Zadar County and the wider area of the northern Dalmatia.

It is an ancient city, 3000 years old, first mentioned in the 4th century BC as a settlement of an Ilyrian tribe Liburnians – form of the name Jader is mentioned.

The city is full of historical and cultural sites, such as the famous Roman Forum, St. Donatus, and of the more contemporary sites there is the Sun Salutation and the Sea Organ. 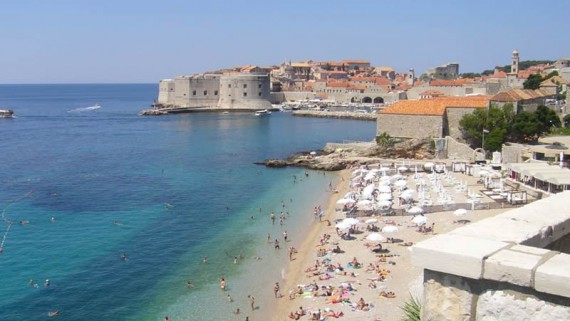 A town of monuments or museums under UNESCO patronage. Starting from the 1940 m long walls with bulwarks, the Stradun, Orlando’s pillar, the gothic renaissance palace of Sponza and the celebrated Rector’s Palace as well as the famous church and monastery, Dubrovnik has, without a doubt, a special place in Croatia’s cultural heritage. Once a part of the Republic of Dubrovnik, there is also the nearby Pelješac peninsula with the 5.5 km long walls of the stone town of Ston. Growing up on the remains of a Greek colony, the island of Korčula with streets that have a fish bone pattern is a true urban gem and asides from the traditional knight’s game called “Moreška”, is most famous today for being the birth place of Marko Polo. In the furthest south, there is the island of Mljet with a Benedictine monastery built in the 12th century that was constructed on an island in the middle of the great lake. 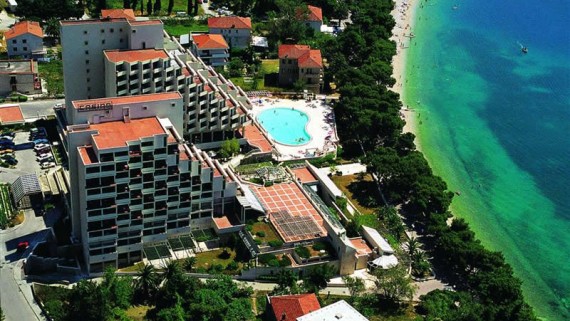 The city of Makarska grew around a natural harbor protected by a picturesque peninsula of Sveti Petar (St. Peter) and the cape Osejava. It is the only harbor of this kind between the mouth of the Cetina and Neretva rivers. In the past it provided protection and safe harbor during stormy weather to sailors, pirates and merchants, and nowadays it does the same for yachts, sailing boats and tourist ships. This contributed to its development into a trading port, especially during the Ottoman and Venetian occupation. Today, there is a ferry line which runs a few times a day from Makarska to Sumartin on the island Brač. 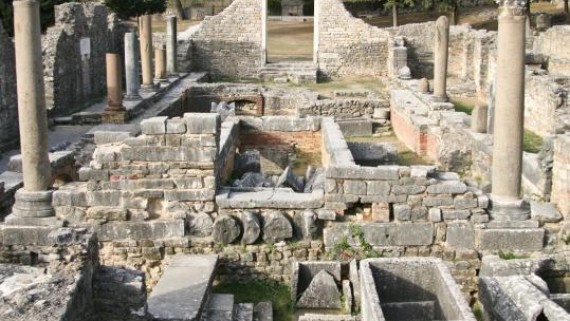 Solin, the cradle of ancient and early Croatian history is located on the Jadro River, also known as the Croatian Jordan. It is the town with the youngest population in Croatia and rich cultural and natural heritage. All of this makes it an attractive tourist destination.

The oldest Marian shrine in Croatia, established by the Queen Jelena more than a thousand years ago, is located in Solin. Its church holds her tombstone and was visited by the Holy Father, Pope John Paul II, in 1998. The ancient Salona lies in the heart of Solin and was ​​once the capital of the Roman province of Dalmatia.

It is the largest archaeological park in Croatia, whose size is attested by the monumental ramparts with towers and gates, a forum with temples, an amphitheater and cemeteries with Salonian martyrs (Manastirine, Kapljuč, Marusinac). Salona was a town with over 60 000 inhabitants and, according to the legend, the birthplace of Emperor Diocletian.

Apart from Salona, ​​your hosts will be happy to show you the remnants of ruins from the era of the Turks, as well as the Gašpine mill from the 18th century where visitors can enjoy a tour of the mill, see old tools and the so-called Hollow Church. It is the coronation basilica of King Zvonimir, where he was crowned in 1076 as the King of Croatia and Dalmatia. Furthermore, Solin has the largest marine aquarium in Croatia situated on the Vranjic peninsula.

Solin is situated along the Jadro River, which rises at the foot of the Mosor mountain at 35 meters above sea level, and flows to the Bay of Solin after 4.5 km. An endemic subspecies of the Adriatic trout has also developed in the Bay of Solin. In addition, the town has a rich natural heritage and numerous celebrations aimed at interpreting its cultural heritage. If you decide to visit Solin, you can stay in a hotel, a hostel or in a private apartment. In our restaurants, which offer peaceful ambience along the Jadro River, you can also try our rich culinary offer, particularly the trout.